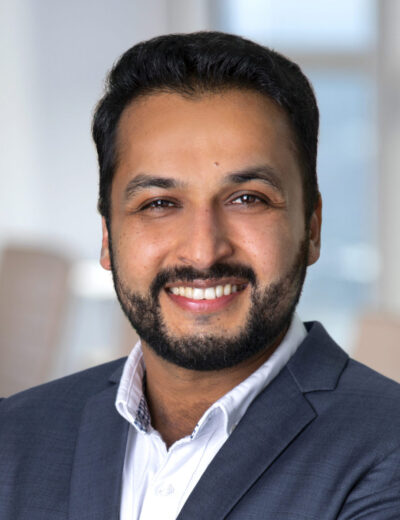 Anant Goel serves as a Portfolio Manager for Eventide’s strategic growth, technology, and large cap strategies, as well as Senior Research Analyst on other Eventide investments.

Mr. Goel has a diverse background having grown up and lived in India, Hong Kong, UK, USA and China, which combined with his academic and professional interests, allow him to incorporate a diverse set of perspectives in his investment decision process. He has been passionate about responsible investing from early in his career. He has served as a Research Analyst at Eventide since 2016, leading its technology focused research. In 2015, during his M.B.A. program, he worked at Adage Capital Management, a long/short hedge fund. From 2011-2014, he served as an Analyst for NewQuest Capital Partners, a Private Equity firm in Hong Kong, where he was responsible for evaluating new investment opportunities for funds across Asia. From 2008-2011, he lived and worked in Beijing, China where he studied Mandarin and worked on start-up companies and other investment projects.

Mr. Goel holds an M.B.A. from the MIT Sloan School of Management where he was selected as a Teaching Assistant (TA) for finance courses for both Executive M.B.A. and M.B.A. students. He also holds a Bachelors of Science (HONS) from the University of Warwick, UK in Economics.